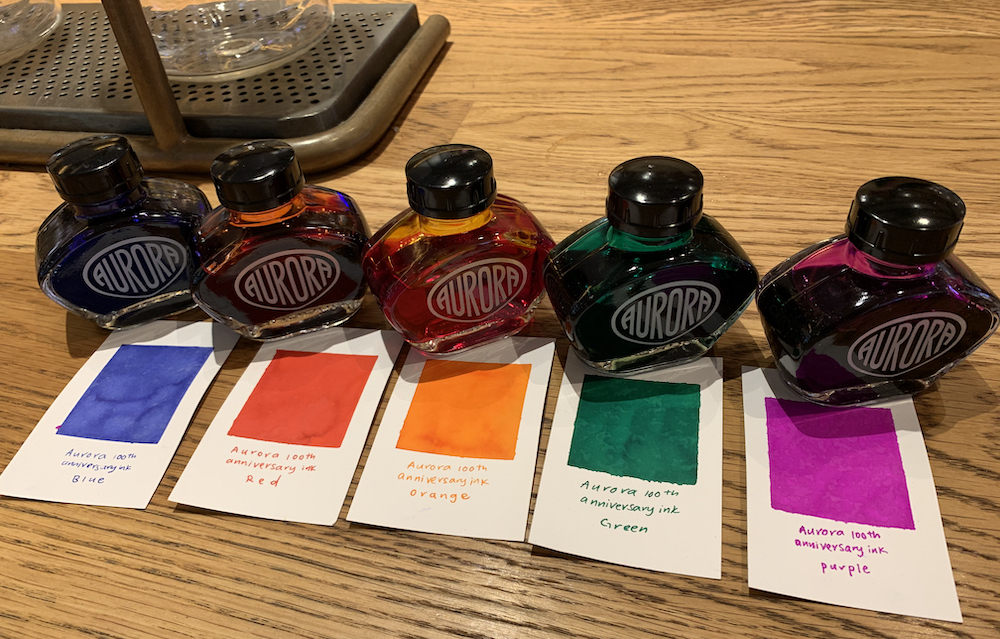 In 2019, Aurora released the very limited Cento Edition Inks as a part of their 100th year anniversary celebration. With just three Aurora inks to choose from for decades, the introduction of seven inks in one release was a big surprise, welcomed by Aurora loyalists and ink lovers with great enthusiasm. Demand was fierce for the original release, so much so, that Aurora has now re-released the inks, along with the three existing colors, as a Special Edition in 55ml vintage inspired bottles.

They are available for purchase individually for $30 USD.

Many thanks to xfreyari on Instagram for sharing some beautiful photographs of the packaging as well as swabs of each of Aurora’s ten special edition ink colors.