While the sinking of a ship is seldom something to celebrate, a thrilling new pen commemorates the bicentenary of an epic battle. Victory of the Whale is a collaboration between Montegrappa and Sea Shepherd that marks a rare moment in history when natural justice prevailed.

Almost two hundred years ago to the day, the crew on-board the Essex must have thought their luck was finally in when they spotted a pod of whales 1,200 nautical miles west of Galápagos. But 20 November 1820 was destined to be the whaler’s last day at sea. Two crushing blows from the mighty head of a sperm whale bull dispatched the Essex to the Pacific floor.

Her crew’s escape was lucky – at least until the cannibalism started. The incident made world headlines at the time, and would go on to inspire Herman Melville’s Moby-Dick – but, for most, their fate has largely faded from view.

Not so for Captain Paul Watson – charismatic founder and frontman of the Sea Shepherd Conservation Society. The Canadian repeated history – in a manner of speaking – when he used his first ship as a battering ram against the Sierra in Lisbon Harbour in 1979. Rather than forfeit his own boat to compensate the whaler’s owners, Watson scuttled it.

The ocean vigilante has never looked back. Aided by vast army of volunteer ‘shepherds’, Watson has launched countless missions to rescue whales from predatory hunting. Some call Sea Shepherd’s actions eco-piracy, but their leader remains convinced that direct action is the only option when national navies cannot – or will not – enforce conservation laws. Significantly, 43 years of activism have not resulted in a single injury or loss of life.

Half a world away, on the banks of the Venetian river Brenta, Montegrappa occupies less torrid waters. But it likes a seaman’s tale as much as any company that traces its roots to Ernest Hemingway. The artisanal pen-maker has operated from the same factory since 1912, using ever-increasing amounts of creativity and artistry to ensure fountain pens never go extinct.

Mavericks and strong personalities tend to gravitate towards elaborate pens, so Montegrappa was only too pleased to be invited to partner with Sea Shepherd. To toast the new relationship, the luxury maker has immortalised the fate of the Essex in the design and materials selected for Victory of the Whale.

Handmade from mahogany, vintage bronze and vivid Mazzucchelli celluloid, each is nostalgic in stature but revolutionary in posture. A top-tier fountain pen and rollerball are each made in limited editions of 200 hundred pieces to mark the bicentenary of the Essex sinking, and the unsung whale that brought about her demise.

A sperm whale provides the all-Italian design with the motif for a pocket clip suspended above a raging sea of sculpted bronze. For the casting of these signature elements, Sea Shepherd helped Montegrappa recover material from the propeller of its former flagship – the M/Y Steve Irwin. The incorporation of recycled bronze is a tactile link to years of front-line activism. Beneath, a black band flies the group’s notorious Jolly Roger ensign – a defiant last line of defence between whale and whaler.

Available from prestige pen dealers and Montegrappa’s own boutiques, Victory of the Whale promises swashbuckling writing performance, but delivers a statement of solidarity with the ocean’s defenders. Proceeds from the edition proudly support Sea Shepherd. 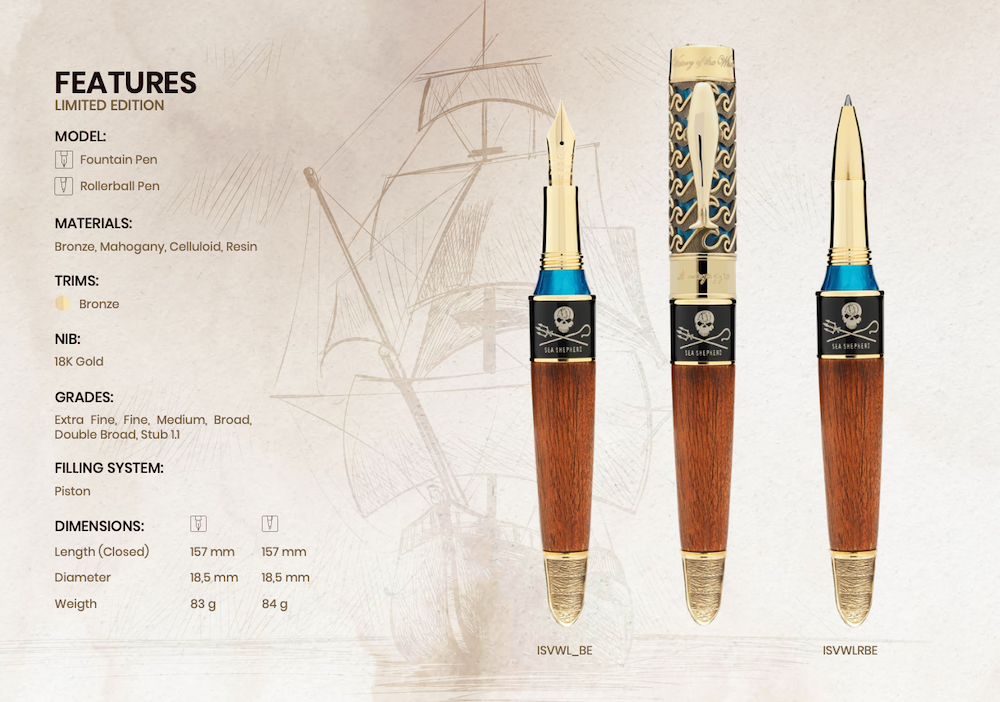 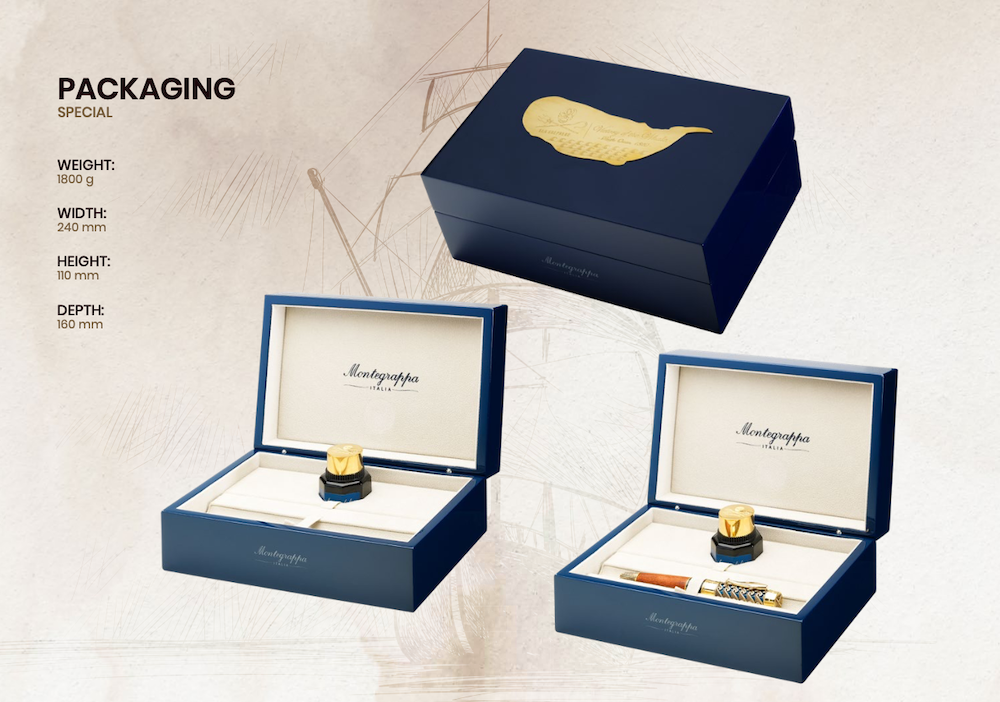