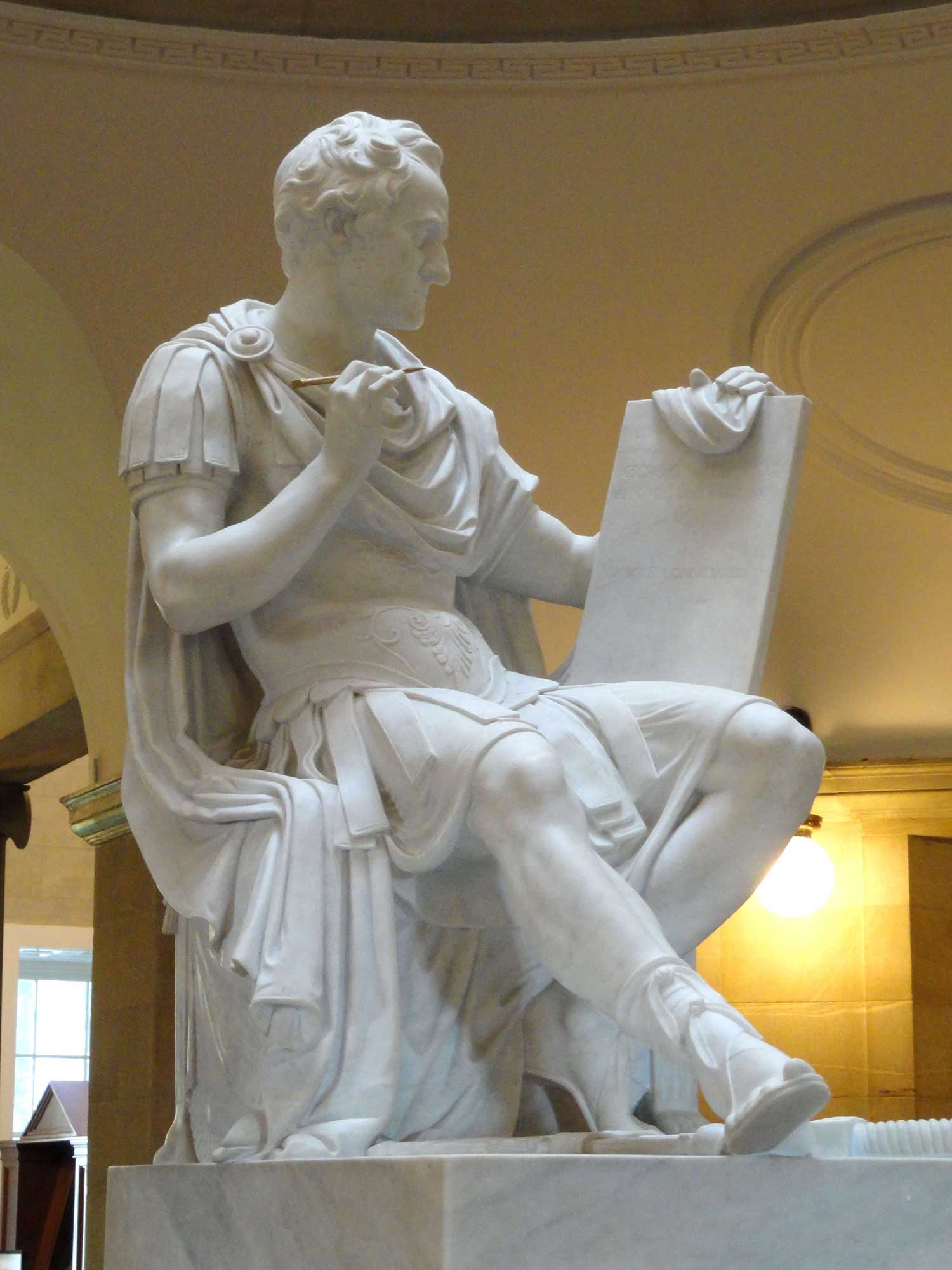 The famous Italian sculptor, Antonio Canova was commissioned to sculpt a statue of George Washington for the State Capitol.  The Canova statue, with Washington wearing a Roman toga and portrayed as a military hero from ancient times, is the centerpiece of the Capitol lobby.

Some had asked Nathaniel Macon to recommend a sculptor, but the U.S. Senator forwarded their requests to one he considered more knowledgeable regarding art: Thomas Jefferson.  It was Jefferson who recommended Antonio Canova.

In 1815, the General Assembly appropriated $10,000 for the sculpture.  Five years later he Italian sculptor completed the white-marbled statue, and the U.S. Navy transported it across the Atlantic.  Once stationed in the Capitol, the Canova statue, writes historian William S. Powell, attracted many travelers to Raleigh to see what many claimed to be “the most precious work of art in America.”

Canova was one of the most acclaimed artists in Europe.  His work was respected in London, Paris, and Rome.  He sculpted monuments for various Popes and he was commissioned by Napoleon.

In 2018, Montegrappa will be releasing a pen dedicated to the great Antonio Canova. More information will be released soon, stay tuned.