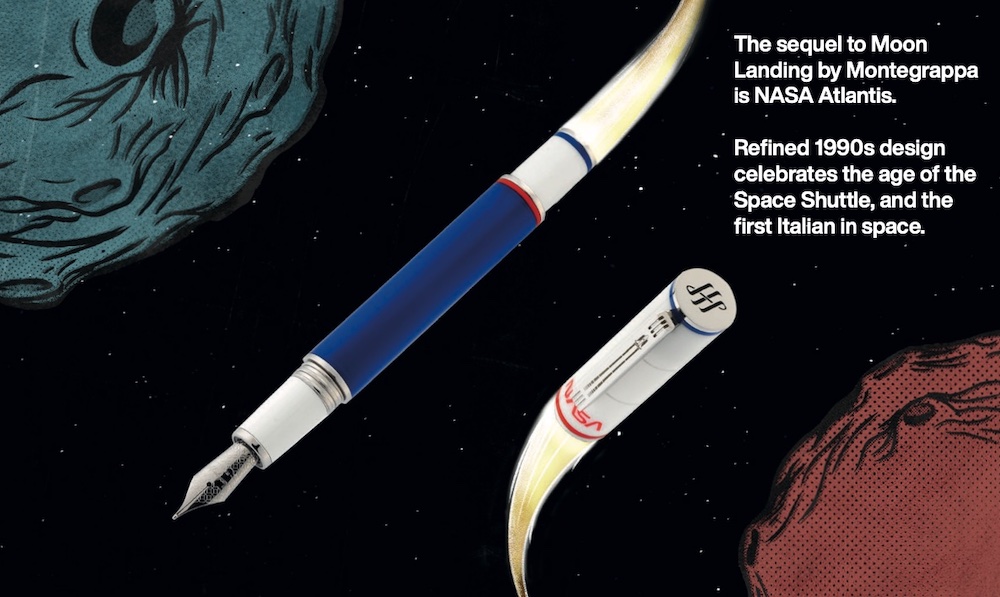 BLAST FROM THE PAST: MONTEGRAPPA CELEBRATES THE SPACE SHUTTLE

When the Space Shuttle blasted off on its maiden mission in the spring of 1981, it marked the beginning of a new era in space exploration. Giuseppe Aquila remembers the moment vividly: “I was eleven and stayed up with my brothers to watch the launch,” Montegrappa’s owner reminisces. “It seemed like something out of Star Wars!” Without doubt, NASA’s first reusable spacecraft design was a sight for impressionable young eyes. Launches would soon become commonplace, but the Space Shuttle would go on to define an era, providing a platform for international scientific endeavour. Its legacy includes the International Space Station and Hubble Space Telescope, but in 1992 the shuttle Atlantis captured imaginations in Aquila’s homeland, when it sent Italy’s first astronaut into space. Thirty years after Franco Malerba’s historic mission, Aquila knew exactly how his company’s NASA imprint should continue. Following Montegrappa’s daring 2019 Moon Landing editions, NASA Atlantis is a writing instrument range that uses high-density resin, enamel and stainless steel to stir memories of the Space Shuttle’s clean, futuristic lines. To create their latest model, Montegrappa’s designers relied on NASA’s now-legendary 1976 Graphic Standards Manual, and the iconic “Worm” logo that has become part of space folklore. Two years ago, the space agency delighted space fans by announcing the popular logo’s reinstatement, after it had been removed from the Shuttle’s fuselage in 1992. Aquila loves the early nineties aesthetic of their latest creation: “We wanted to create something that you could hold in your hand, and feel transported back to a more optimistic time,” he explains. Alongside its signature colour scheme, hardware features precision engravings of Atlantis in launchpad and lift-off modes. Sure to stir emotions in technology and design fans alike, NASA Atlantis is available in fountain pen, rollerball and twist-action ballpoint 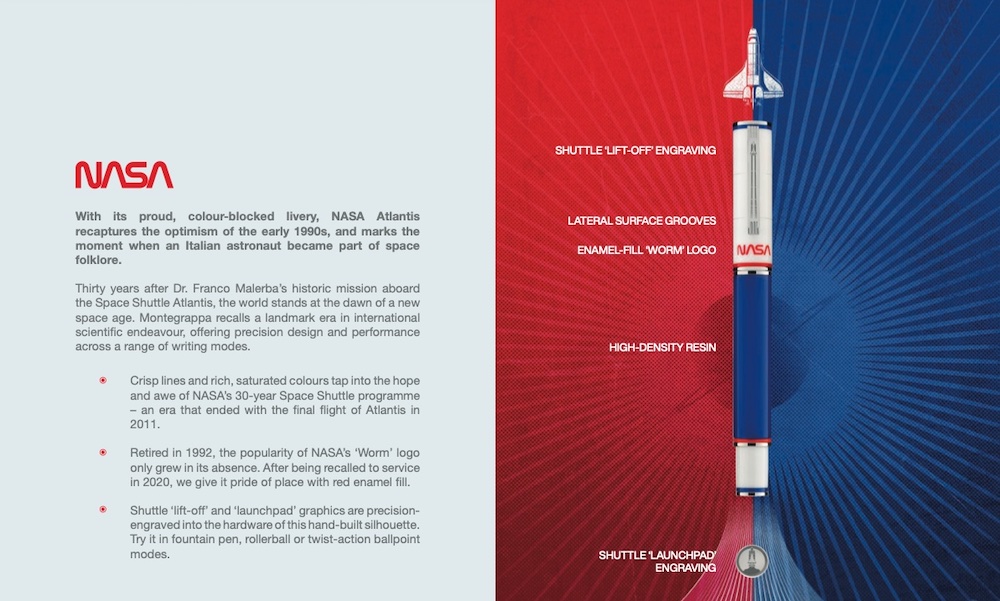 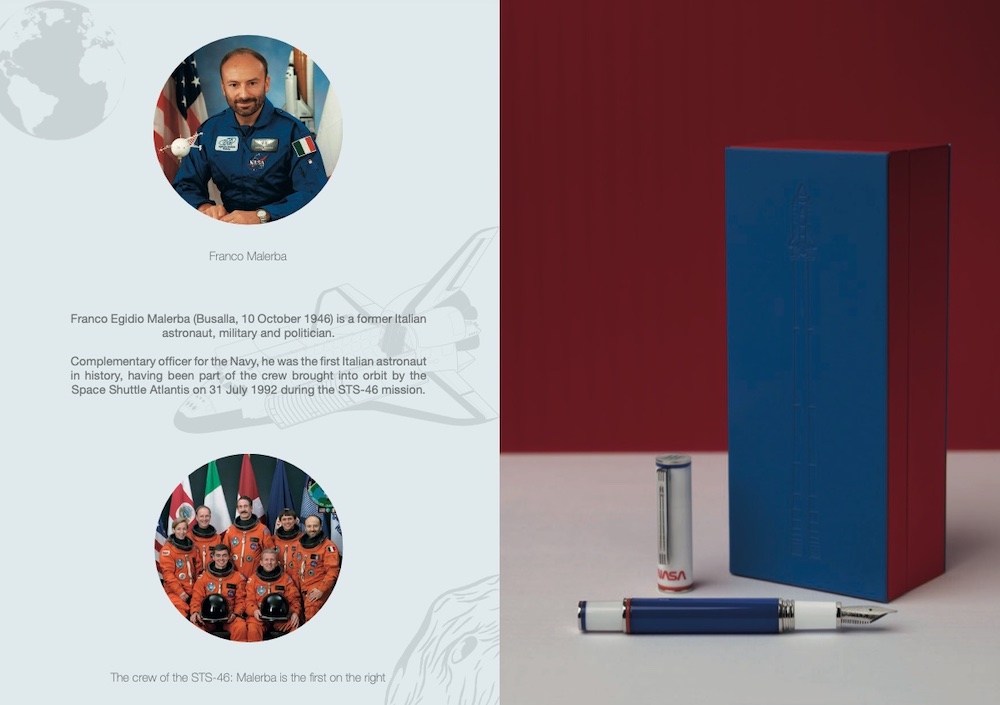