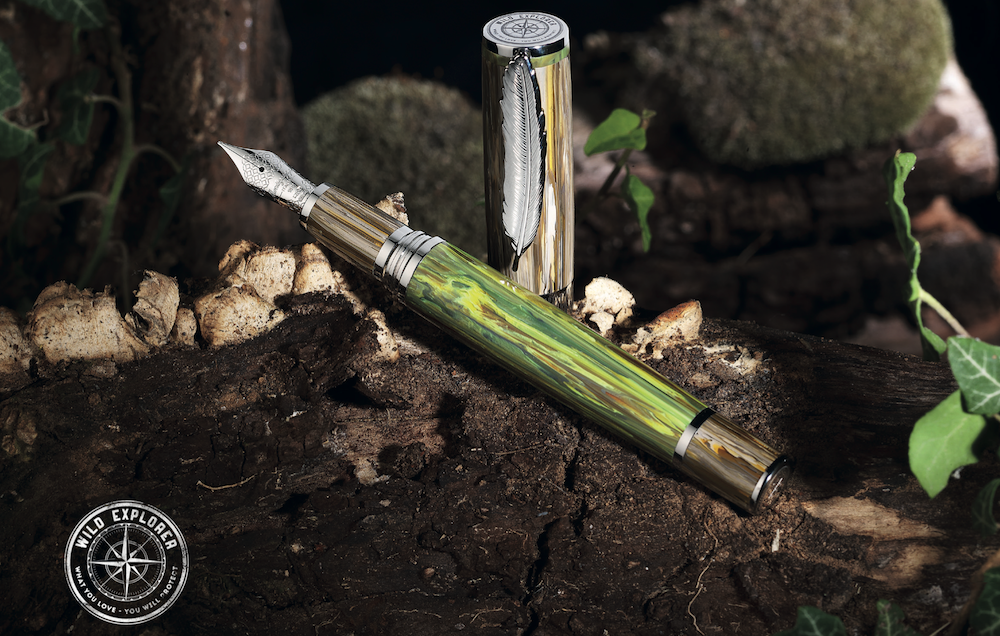 The silhouette of the Baobab tree and the feather of the Snowy Owl are the standout features of a new, limited-edition pen made with wildlife photographers, Uri and Helle Løvevild Golman by Montegrappa.

“What you love ⋅ You will protect” is the mantra of an exotic new writing instrument made by Montegrappa in collaboration with National Geographic Explorers and Photographers, Uri and Helle Løvevild Golman.  The Danish couple’s search for the world’s most elusive wildlife has earned them a formidable reputation. Now their attention is focused on tangible conservation actions, and the creation of the WILD Nature Foundation.

The pen is named WILD: Baobab – a reference to the tree that can store up to 120,000 litres of water in its trunk. The survival instinct of these icons of the African plains symbolises the couple’s intrepid careers, and is an apt motif for an object with conservation at its core. Its subtle colouring and lightly bulbous silhouette mimic the Baobab using a unique artisanal resin with a significantly lower environmental footprint than conventional alternatives.

The WILD Explorer expedition badge engraved into the pen’s top reinforces its sense of purpose, but the design’s coup de grâce is undoubtedly its feather-shaped pocket-clip. Besides its striking beauty, the clip represents an intimate symbol of the Golmans’ professional and private lives together.

Their relationship began when Uri gifted Helle a wing feather left behind by a Snowy Owl. Since that moment, the couple has embarked on countless expeditions together and seen their work published in many of the world’s leading periodicals. The feather is tattooed onto Uri’s forearm – a permanent memento of love and a shared passion for the wild.

But the couple’s fruitful career suffered a terrible interruption when, in December 2017, they were brutally attacked in a crowded Libreville market. Both were wounded, and while Helle was able to beat off their attacker, the severity of Uri’s injuries saw him placed in an induced coma. When he awoke, he had lost his powers of speech and mobility.

Nearly three years on, Uri’s rehabilitation continues under Helle’s care, and the couple harbour strong hopes of returning to the wild. From their Danish base, they have set up the WILD Nature Foundation – a non-profit with an ambitious agenda of conservation awareness and action. Montegrappa’s partnership with the foundation led to the Italian company inviting the Golmans to collaborate on the WILD: Baobab as a gesture of solidarity and strength. Besides guiding the pen’s design, a cache of the couple’s best work features wildlife from all seven continents on a set of deluxe postcards accompanying the limited release.

Available in editions of 999 fountain pens, rollerballs and slimline ballpoints. 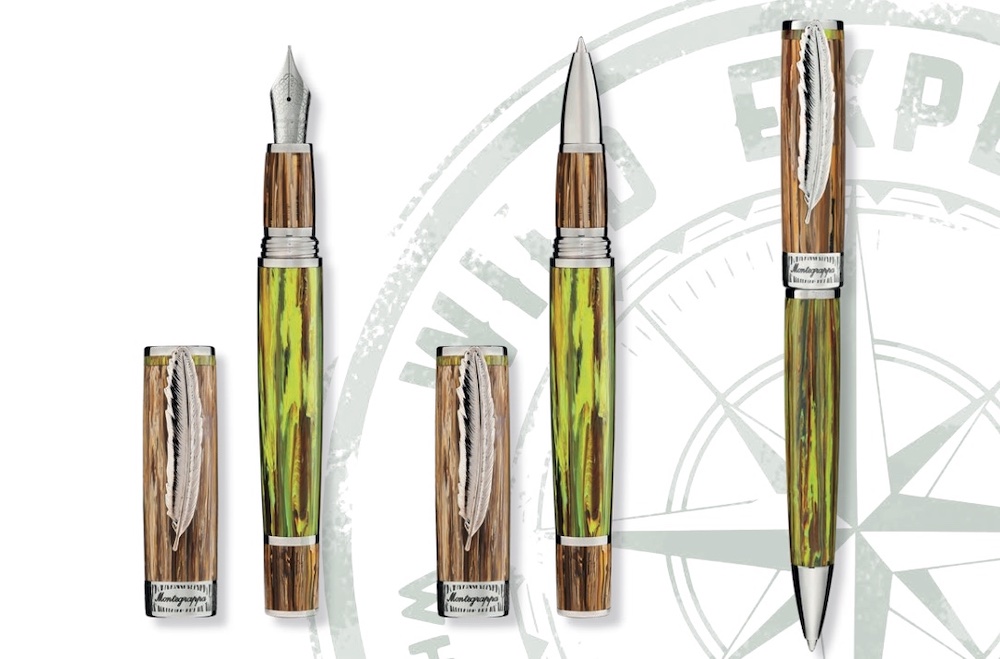 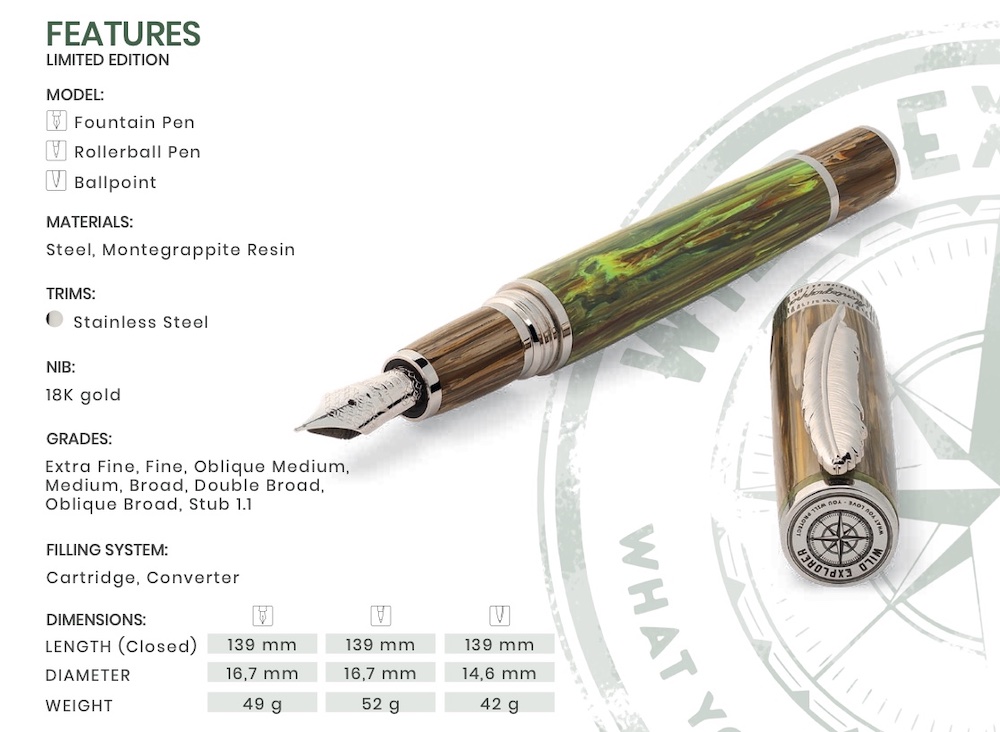 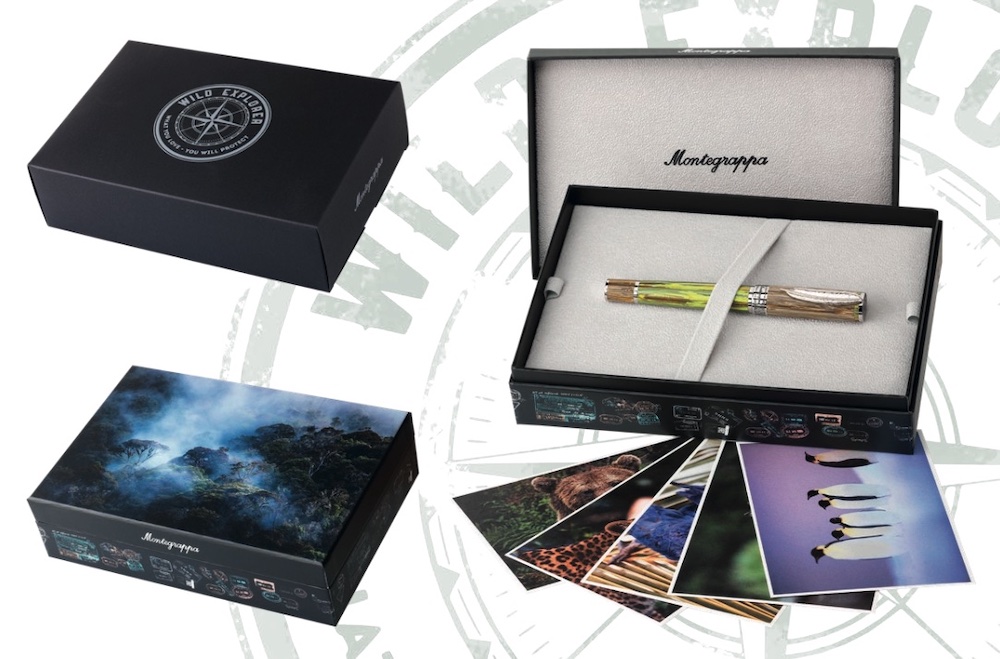